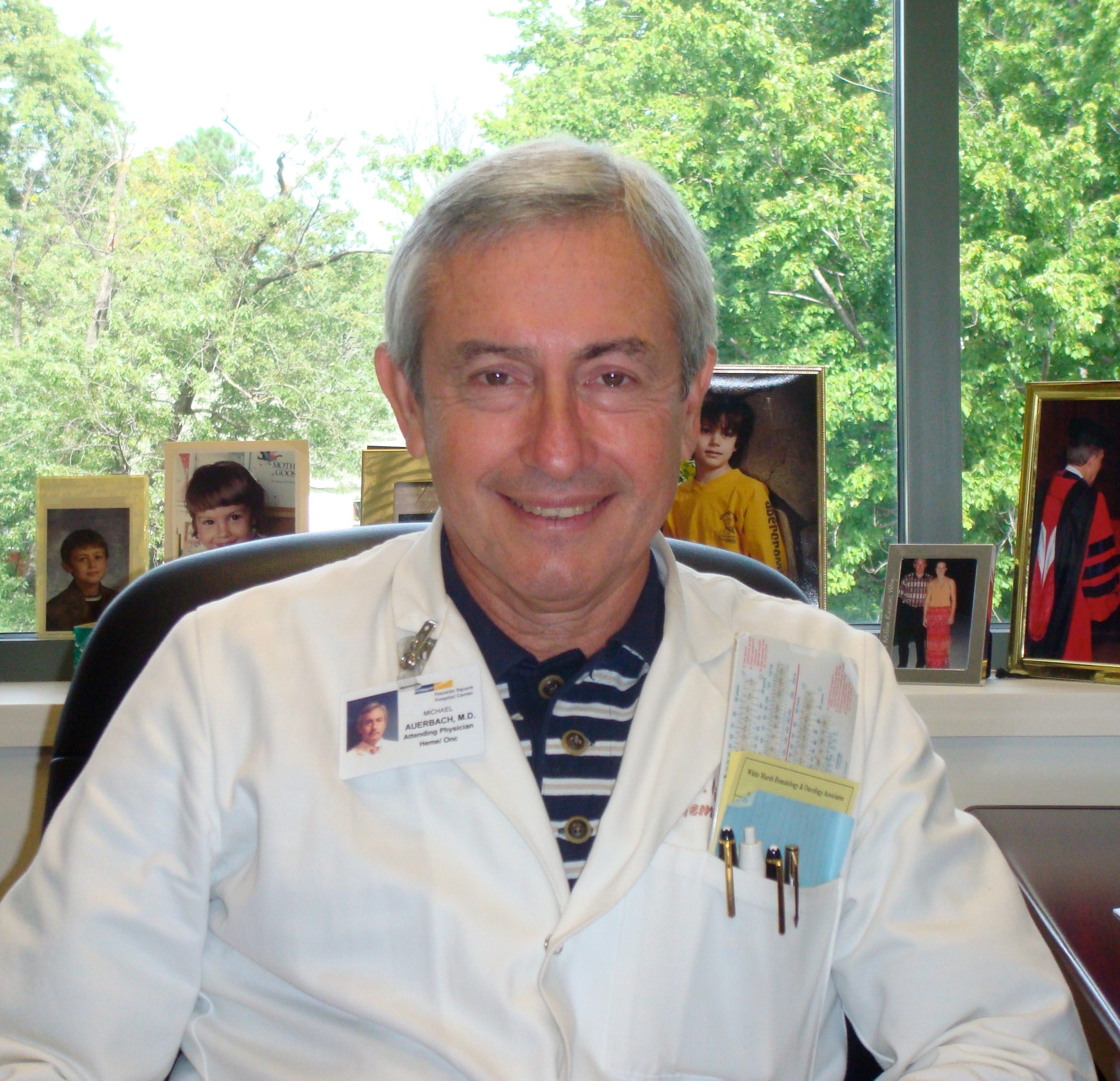 Michael Auerbach, MD, FACP, is a hematologist/oncologist at Auerbach Hematology and Oncology Associates, Inc., in Baltimore, Maryland, and a Clinical Professor of Medicine at Georgetown University School of Medicine in Washington DC.

Dr. Auerbach earned his medical degree from New York Medical College in Valhalla, New York. He completed his internship and residency in internal medicine at the Cleveland Clinic Foundation in Ohio. Subsequently, he completed his fellowship training in hematology and oncology at Columbia Presbyterian Medical Center and Harlem Hospital Center in New York, New York, where he went on to do a research fellowship in thrombosis and hemostasis at Columbia. He is board-certified in internal medicine and in the subspecialties of hematology and medical oncology.

Dr. Auerbach has authored or coauthored over 180 journal articles, books, chapters and meeting abstracts, most recently focusing on intravenous iron supplementation in pregnancy and in patients with RLS. He is an author of the Treatment of Iron Deficiency in Adults, Anemia in Pregnancy, and Diagnosis and Causes of Iron Deficiency for UpToDate. He is a member of numerous professional organizations, a Fellow of the American College of Physicians, and Honorary Emeritus member of the American Society of Hematology. He currently serves on the scientific board of the Network for Advancement of Transfusion Alternatives, advises the Society for the Advancement of Blood Management and is on the Editorial Boards of the American Journal of Hematology, Blood Transfusion and Expert Review of Hematology.

In 2010, along with three colleagues, he participated in the first educational session ever delivered on the use of intravenous iron, at the American Society of Hematology’s annual meeting and in 2016 presented another on complete replacement dosing in an initial, brief, single visit. In December, 2017 he was the principal author of the first prospective study of intravenous iron in pregnancy performed in the United States which was published in the American Journal of Medicine.