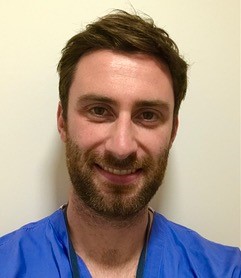 Edward is a clinical research fellow and colorectal surgical registrar from Oxford, UK. He has recently studied for a doctorate at the University of Nottingham where his research has focussed on the use of intravenous iron for anaemia in advanced cancer. Here, he led the ICaRAS Trial – the first randomised controlled trial of its kind investigating the feasibility of IV iron in an anaemic palliative cancer population. Edward also has a keen interest in the management of perioperative anaemia and has undertaken studies evaluating the long-term outcomes of colorectal cancer patients who have received preoperative iron as part of the IVICA trial. He has published a number of manuscripts and editorials related to intravenous iron therapy. He is currently working as a clinical trainee in Oxford and holds the position of Research and Audit representative for the UK colorectal trainee organisation – The Dukes’ Club.

All sessions by Dickson, Edward

The impact of intravenous iron on quality of life and physical activity in advanced cancer: Results from the ICaRAS RCT

Quality of life and physical activity after intravenous iron for anaemia in advanced cancer: results from the ICaRAS randomised controlled trial