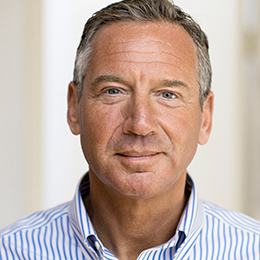 Marcel Levi, MD PhD FRCP
Marcel Levi (1964) is chief executive of University College London Hospitals (UCLH) and Professor of Medicine at UCL. He is a consultant in Acute Medicine and Haematology at UCLH. Previously he was Dean of the Faculty of Medicine of the University of Amsterdam and Chief Executive of the Academic Medical Center in Amsterdam. Earlier he worked at the University of Perugia (Italy), in Oxford (UK) and the Center for Transgene Technology and Genetherapy of the University of Leuven, Belgium. He has published more than 750 articles in scientific journals and has been awarded a number of international research awards. He is currently chairman of the scientific board of several national and international health and research organisations and charities. He became a member of the Royal Netherlands Academy of Science in 2008 and is a fellow of the Royal College of Physicians in the United Kingdom. From 2021 he will be the chairman of the Netherlands Organization of Scientific Research.